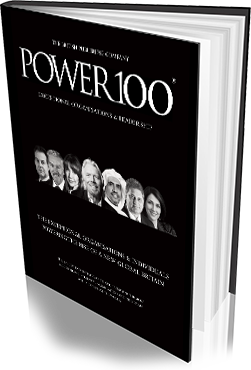 The ‘Exceptional organisations & leadership’ Parliamentary Report is distributed to Members of Parliament, the House of Lords and to key business and corporate influencers on a regional, national and international level.

Over 15,000 key influencers and power brokers have attended our invitation-only Power 100 dinners, including our annual flagship Power 100 conference.

NOMINATE SOMEONE TO BE INCLUDED IN THE POWER PARLIAMENTARY AWARDS
Menu